June 2015 – Dr. Neel Shah, Assistant Professor of Obstetrics, Gynaecology and Reproductive Biology at Harvard Medical School, published an article earlier this month opening the discussion about treatment intensity in childbirth in the US.

Dr. Shah’s article stems from the United Kingdom’s National Institute for Health and Care Excellence (NICE) new set of guidelines, published in December 2014, which offer evidence-based advice for the care of pregnant women and babies during labour and immediately after birth. This new set of NICE guidelines concluded that healthy women with straightforward pregnancies are safer to give birth at home, or in a midwife-led birth centre, than at a hospital with the care of an obstetrician.

Shortly after publication of the NICE guidelines, The New England Journal of Medicine invited Dr. Neel Shah to write a response to the advice put forward by NICE. Initially, Dr. Shah started his task with plans to form a rebuttal. However soon after delving further into the issue, he realized that such a rebuttal largely came from flaws in the American system, not the British one.

Dr. Shah’s response and discussion focuses around the questions of intensity of care in childbirth – when are medical interventions necessary? And, are hospitals always the best option for giving birth? He introduces his views, as an American obstetrician, while looking at the NICE guidelines and examples from the UK.

Dr. Shah’s full response, A NICE Delivery – The Cross-Atlantic Divide over Treatment Intensity in Childbirth, was published in June 2015 in The New England Journal of Medicine. A companion piece, Are Hospitals the Safest Place For Healthy Women to Give Birth? An Obstetrician Thinks Twice., released alongside the publication in The New England Journal of Medicine can be found in full online at The Conversation.

Further discussion regarding the topic of care intensity in childbirth in the US has also been presented from the New England Journal of Medicine featured as a webinar and forum discussion with NEJM Group Expert Talk. The full webinar hosted by Joe Elia featuring Dr. Neel Shah, Dr. Kirti Patel, and Dr. Toni Golen, can be viewed online.

January 22, 2015 – American College of Obstetricians and Gynecologists and the Society for Maternal Fetal Medicine issued a consensus document proposing a classification system for levels of maternal care in the US. This document is the second in the ACOG/SMFM Obstetric Care Consensus Series and was designed to reduce maternal mortality.

The document, ACOG/SMFM Obstetric Care Consensus Series – Levels of Maternal Care, introduces a five level classification system based on a facility’s ability to handle various levels of maternal care. Maternal care is defined as referring to all aspects of antepartum, intrapartum, and postpartum care of the pregnant woman. The proposed classification system levels are:

The goal of regionalized maternal care is for pregnant women at high risk to receive care in facilities that are prepared to provide the required level of specialized care, thereby reducing maternal morbidity and mortality in the United States.

By HBCS Admin on January 14, 2015 in Physiologic Birth, Research 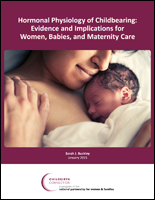 January 13, 2015 – Childbirth Connection programs at the National Partnership for Women & Families released a major new report, Hormonal Physiology of Childbearing: Evidence and Implications for Women, Babies, and Maternity Care by Sarah J. Buckley. This comprehensive report examines the science on the hormonal physiology of childbearing and its implications for women, babies and maternity care. The report is accompanied by resources for both women and clinicians.

March 2014 – A new data brief issued by the National Center for Health Statistics reveals that the number of births at home and in birth centers in the United States continues to increase. The increase was greatest for non-Hispanic white women and in the Northwest. The risk profile of out of hospital births has also declined significantly over the period, which the report attributes to “appropriate selection of candidates” to give birth at home or birth center. Although the total number of out-of-hospital births is still small at 1.36%, the report predicts that if the upward trend continues it could impact maternity care infrastructure needs and costs. Refer to the CDC web site for a more detailed summary and the full report: Trends in Out-of-Hospital Births in the United States, 1990–2012. 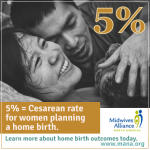 January 30, 2014 – Summit delegates Melissa Cheyney and Saraswathi Vedam are two of the authors on this landmark study. The study reviewed the births of nearly 17,000 women and found that, among low-risk women, planned home births result in low rates of birth interventions without an increase in adverse outcomes for mothers and newborns. Please visit the MANA website for additional information.

There are two articles and publisher the Journal of Midwifery and Women’s Health has very generously agreed to provide free online access to the full content of both articles for this year (2014).

The White Ribbon Alliance for Safe Motherhood, in partnership with USAID-funded Health Policy Project, has developed a new resource: A Guide for Advocating for Respectful Maternity Care. This comprehensive resource centers on the Respectful Maternity Care charter, a groundbreaking consensus document that demonstrates the legitimate place of maternal health rights within the broader context of human rights. Written for national-level advocates, this guide presents a variety of ways to (1) build a sense of entitlement among women and communities regarding respectful maternity care (RMC) and (2) advocate for the institutionalization of RMC as a core value of the maternal care system. Specifically, the guide provides information and user-friendly tools and techniques to help advocates

The complete Guide, a summary flyer, the charter and accompanying promotional materials are available for download on the Health Policy Project site.

By HBCS Admin on October 29, 2013 in Uncategorized

October 29, 2013 – The American College of Nurse-Midwives, Midwives Alliance of North America and National Association of Certified Professional Midwives have collaborated to create a statement promoting normal childbirth intended for consumers: Normal, Healthy Childbirth for Women & Families: What You Need to Know. This a follow up to their joint statement, Supporting Healthy and Normal Physiologic Childbirth: A Consensus Statement by ACNM, MANA, and NACPM, issued in June 2012 that was intended for maternity care providers. The statement can be found on the Our Moment of Truth web site, a health and maternity care resource developed to provide information for American women about midwifery care.

September 27, 2013 – A new analysis of national birth certificate data from 2004 to 2010 published in the American College of Nurse-Midwives’ journal, Journal of Midwifery & Women’s Health, reveals that women are choosing midwife-led, out-of-hospital births at an increasing rate in the United States. Review the abstract here.

The workshop feature invited presentations and discussions intended to highlight research findings that advance our understanding of the effects, on maternal labor, clinical and other birth procedures, and birth outcomes, of maternal care services in different types of birth settings, including conventional hospital labor and delivery wards, alternative birth settings that may be hospital-affiliated or free-standing, and home births. Workshop topics considered research on different organizational models of care delivery, workforce requirements, patient and provider satisfaction levels, and birth outcomes. The workshop also included topics intended to identify key data sets and relevant research literatures that may inform a future ad hoc consensus study to address these concerns.

A summary from the workshop has been released and can be read in its entireity online at the link following:

An Update on Research Issues in the Assessment of Birth Settings – Workshop Summary.

August 22, 2013 – The Cochrane Pregnancy and Childbirth Group conducted a systematic review of 13 trials involving 16,242 women comparing women whose prenatal and childbirth care was led by a midwife to those whose care is led by a physician or shared among disciplines and found that midwife-led care has better outcomes. Refer to the Cochrane Library for the full article. 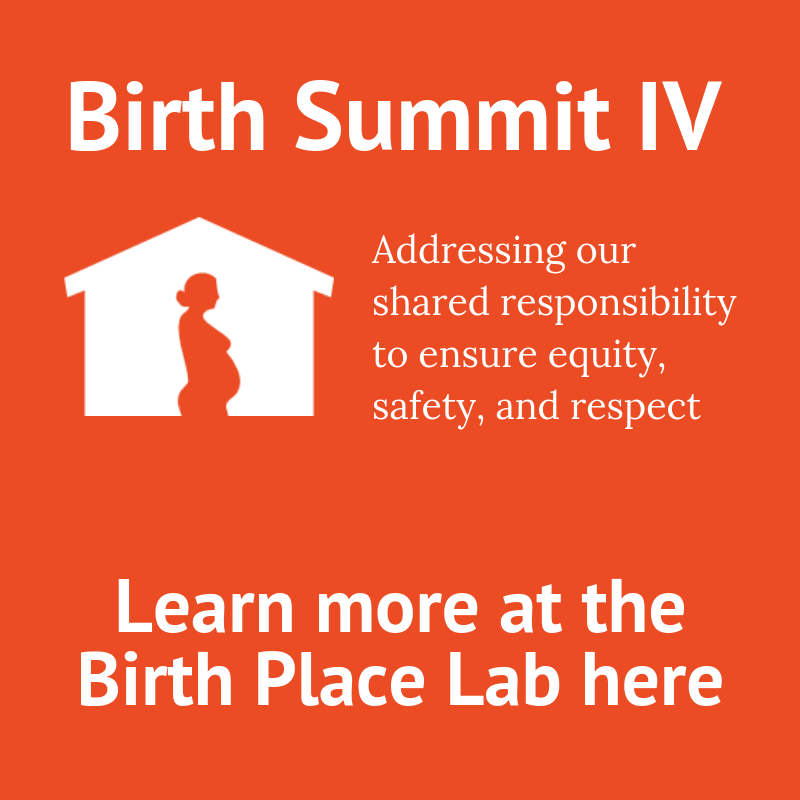 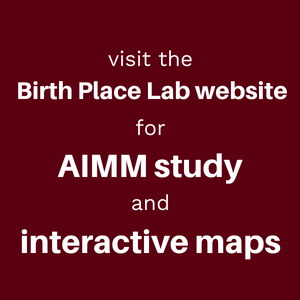